Jack’s class had a small party for St. Patrick’s Day and I was one of the party planning moms.  I guess when I’m not THE party planning mom I’m not as neurotic about it.  Also, since I’ve known for a while that I would be helping out, I was keeping an eye out for good ideas on the world wide web.  At One Charming Party, I found a great recipe for green smoothies so I whipped up some of those.  I also saw a rainbow fruit platter somewhere (sorry I don’t remember where) and I made my own fruit rainbow.  The other mom made rainbow cupcakes and brought the craft.  I also learned that it’s really hard to take pictures of food as you’re making it if your kitchen is not clean.  I have a whole new level of respect for the food bloggers who take a lot of pictures. 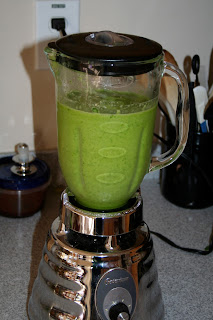 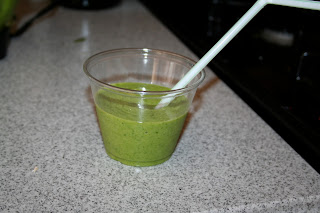 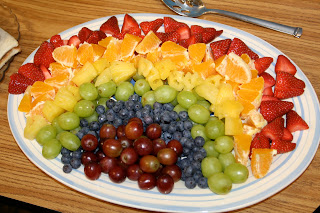 This is O’Jack.  The kids were adorable in their leprechaun hats and beards.  I thought I took more pictures of all of them but I guess it was the other moms who did that. 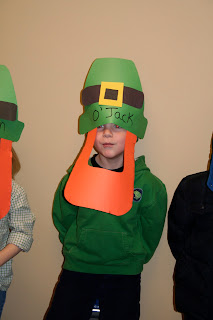 Jack was really excited to tell me all about what the leprechaun did to their classroom.  He was a pretty tricky and mischievous fellow as he managed to escape the traps that the kids set up and he left a trail of dirty green footprints all over the room.  It was so cute to hear Jack explain this all to me.  The little leprechaun also stopped by the boys’ bathroom and used the urinals.
Last summer when Jack was deep in his “Lucky Charms for breakfast every morning” phase, he wanted to know if leprechaun’s were “real in our life.”  We talked about them for quite a while and I wrote a blog post.  At the time I think he was leaning towards no, but after this St. Patrick’s Day experience, I think he is a believer.  Where else did that green pee come from?